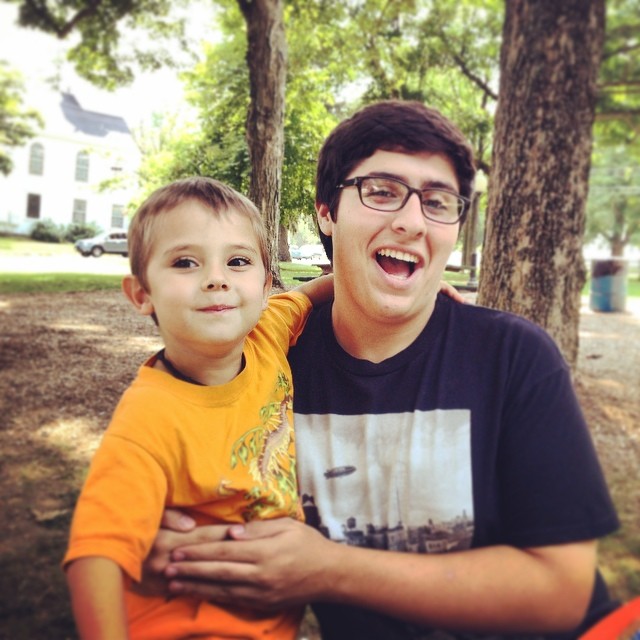 My dad died in February. And he’s been very present in my life, even more since. When we moved to Illinois, we planned to take a New England trip to see him and Josh in Brattleboro. We wanted to keep good on that plan, hoping that Josh might appreciate having us around a bit too.

My Connecticut cousins were by Leah, Josh and my side and honestly, I don’t know how we could have made it through that week without them. Part of coming back east on this pilgrimage in Dad’s honor included getting to know these cousins as adults and not in crisis mode. I really was looking forward to our families and children of the same age getting together.

This trip came at the end of a fantastic month long visit with Grandma Gayle. As we dropped her off at Chicago Midway for her 7:30am flight, we just kept driving east. Like forever east. Stopping for lunch in Amherst, OH for mediocre Mexican food but at least there was a parking lot for Taj to ride his bike around for a bit. We went looking for a playground, but no go.

Back on the road, we made it as far as State College, PA. We did a quick Priceline hotel deal and wound up back near I-80 at a below subpar hotel with a heavily chlorinated pool, thank god. We had promised Taj a pool when we finally stopped. It was his reward for managing 14 hours on the road. What a trooper. 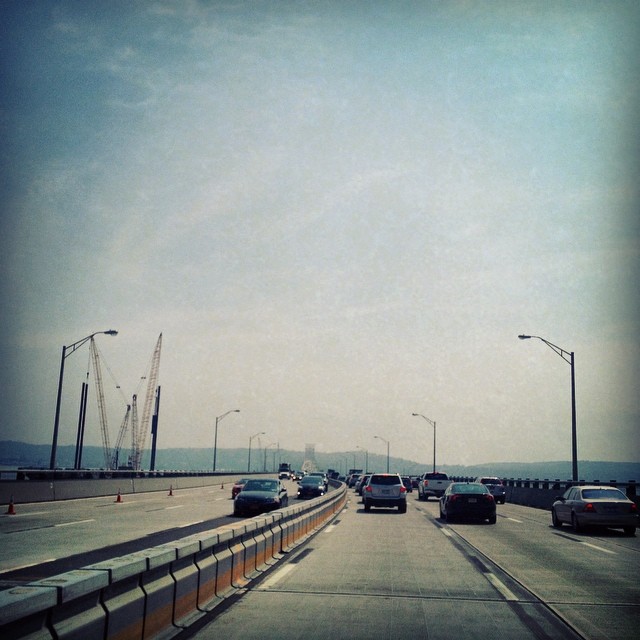 With only 5 hours left, we left PA, headed through New Jersey and over the Tappen Z bridge through New York and into Connecticut. First stop, pick up Josh! Stop two lunch at the new organic natural food store in Huntington Center.

We made a special effort to be sure to see Adam and Allyson and Pam and Taj’s identical twin 2nd cousin before they headed out on their summer vaca. 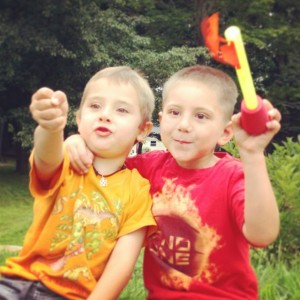 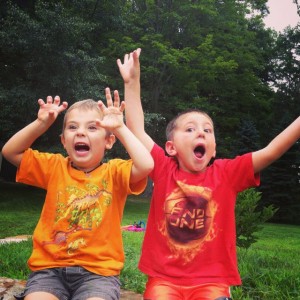 They cooked an amazing steak dinner complete with cake for Josh’s 16th birthday (a week late, but hey we’re restaurant people, dates are flexible for holidays). 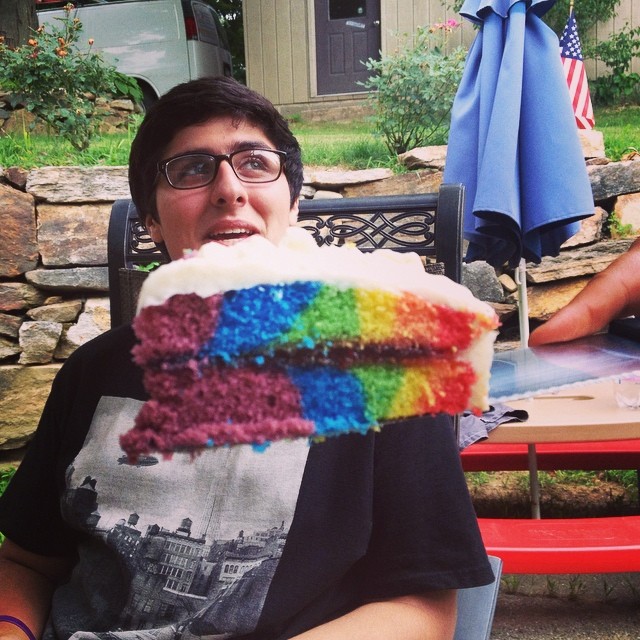 We headed to Norwalk to stay with Amy and Ronnie and Henry and Lilah. Very comfortable to we took a nice sleep and caught up after the long trip out. Amy and Ronnie are perfect hosts! Taj and Henry had fun together and fought just like they were brothers. Taj and Lilah had some nice time together too. 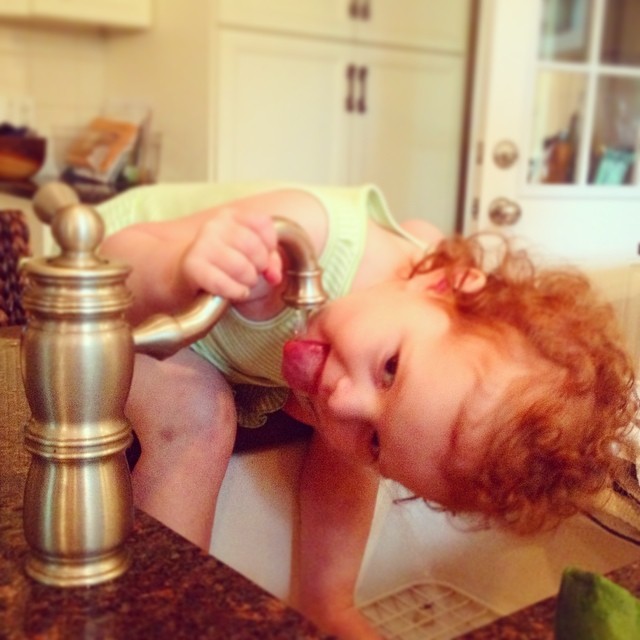 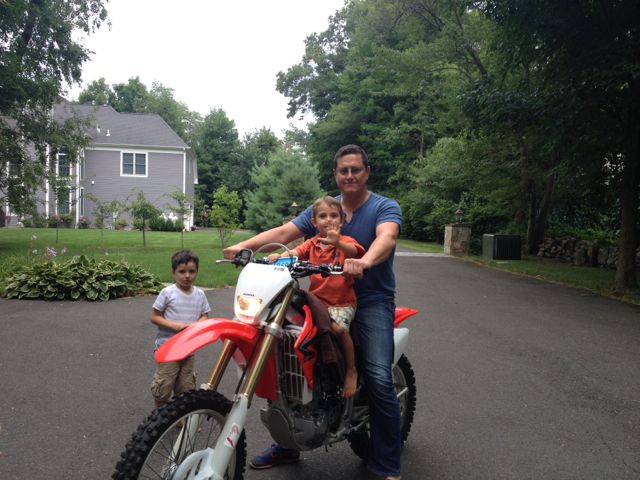 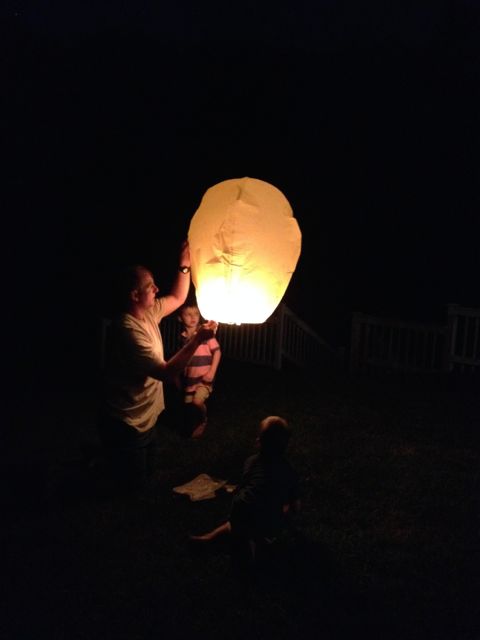 Amy and Ronnie hosted her summer Seafood Sunday at her house. It was great to get to know some of the Krom family better. Everyone brought a seafood dish and Amy supplied the lobsters. 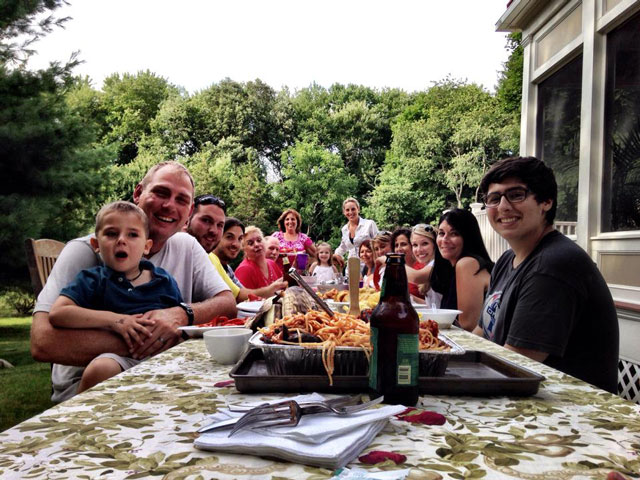 What a feast and then what better way to wrap the kid cousins cuddle up under blankets and watch Ice Age projected into the woods on a screen. 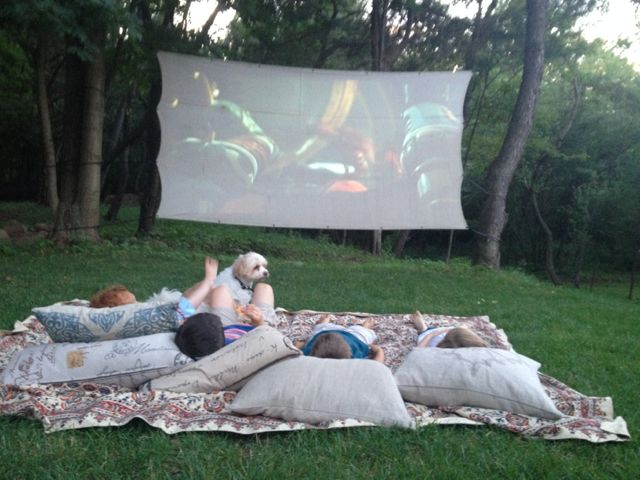 We took the train to NYC with Josh and Taj. It was our intent to honor Dad with a Gray’s Papaya hotdog and drink. Jill met us in Grand Central Station and we took a moment to honor him so. 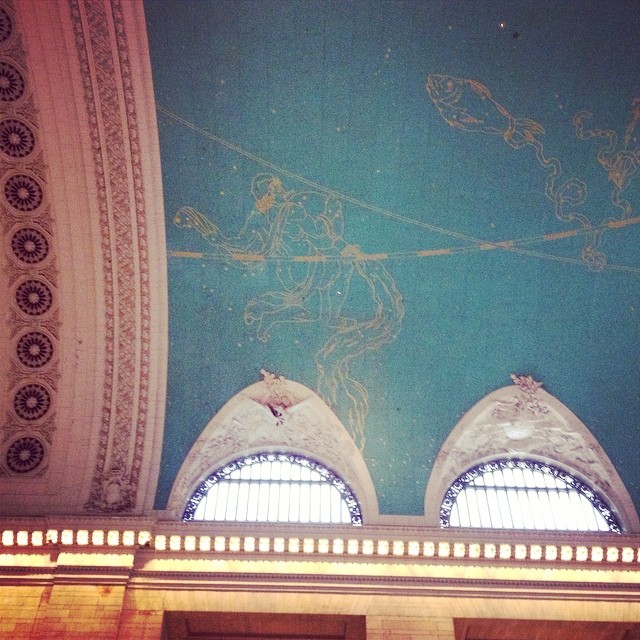 Then a quick stop at FAO Schwartz and a walk through Central Park over to the Natural History Museum. We almost skipped the museum and it’s $22pp tickets, until we were told that that is just a suggested admission price. The museum docent (is the cashier a docent) was very kind and asked me what I’d like to pay? I paused counted our party at 5 including Taj and told her I’d like to pay $5pp and she ran my card and thanked me. I like this concept, I feel good about making a donation to the Museum and at the level I’m comfortable with. 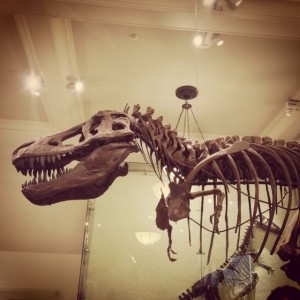 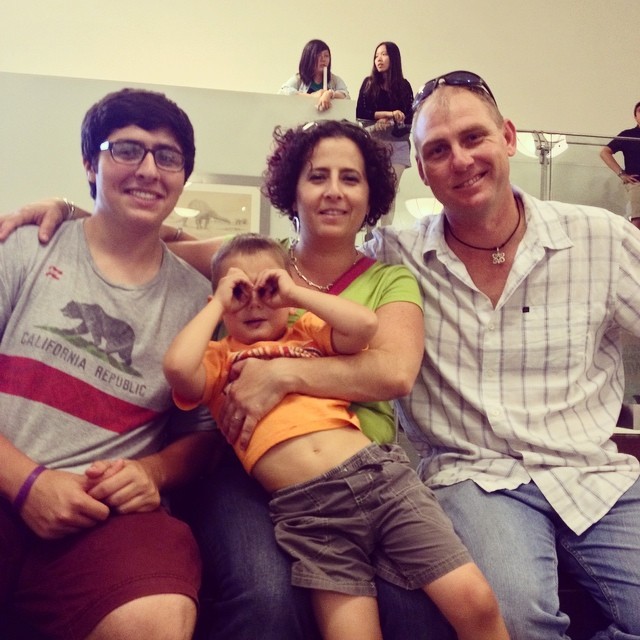 We then headed home with one sleeping train Taj.

We dropped off Josh at his mom ‘s house, sad to go but with a newly found friendhip with a brother I’m so honored to be blessed with.

From there, Ethan did the math and decided we were to leave CT at 3;30 am to avoid NYC rushhour traffic. Bleck. We were out of NYC and stopped for breakfast during DC rush hour. 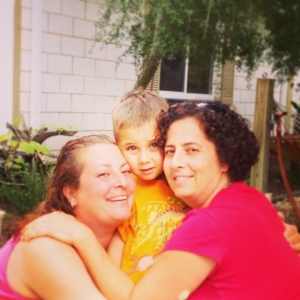 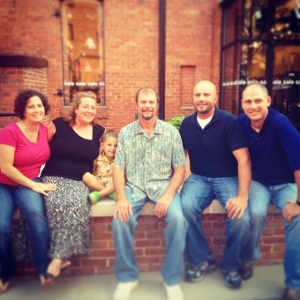 Leah and Casey were more than excited to see Tajimon, ok and us too. They made us so comfortable, took Taj for a ride on the four wheeler. They took us and Justin out to their favorite reastaurant, the Brazilian Steakhouse. Wow, I didn’t know it was humanly possible to eat that much meat! So yummy. It was nice to get to know Justin too. I hadn’t seen him in years and it great for he and Ethan to meet each other.

Off to Bishop, GA next for one night with Mark and Shannon and Macon before they head out to Indiana for a horse show. Taj always loves to see the horses and we were amazed at the new barn with all it’s cool features and functionality. Taj’s favorite thing was collecting chicken eggs.
Then to mom and Harrys. First stop Nonni’s for a swim in the pool. 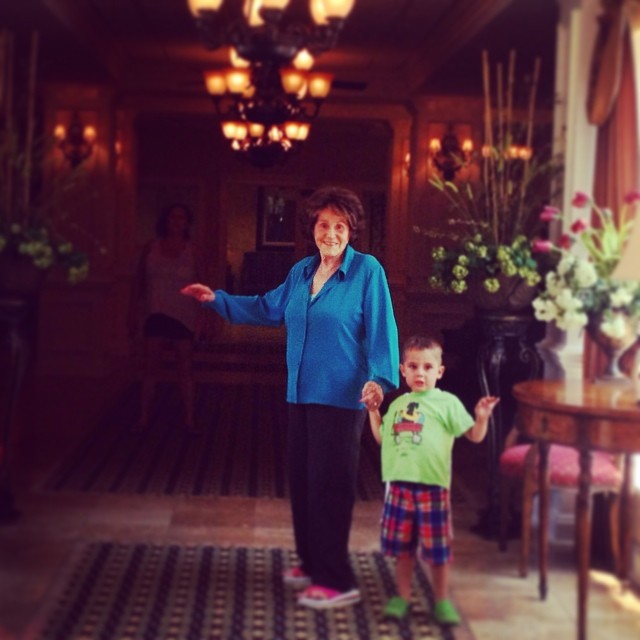 Then sushi with the family at an awesome sushi place. Tito even has a roll named after her. That’s pretty cool. 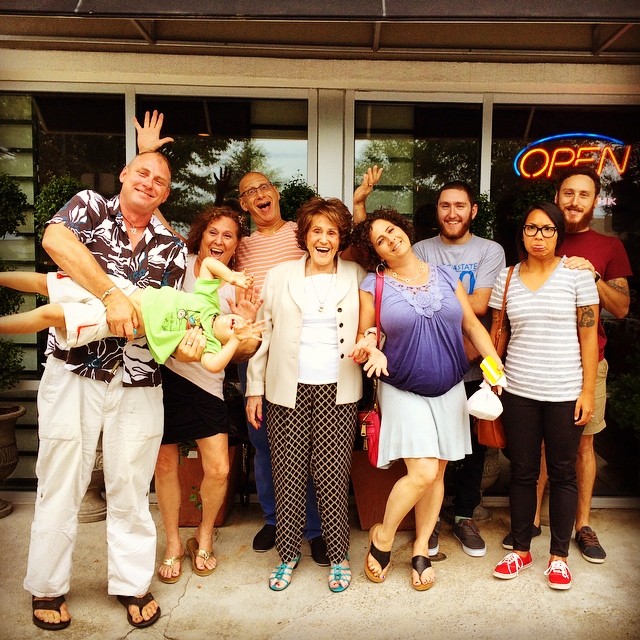 And a Uhaul worth of stuff to drive home with. Mom and Harry purging equals ZDubs gaining new hand-me-down furniture. We got to see Crucian friends, Eileen and kids and Kelly. And Taj made great friends with the doggies. 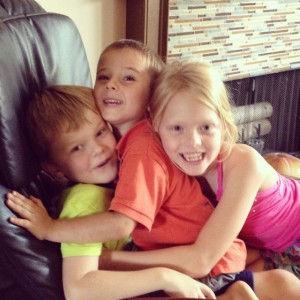 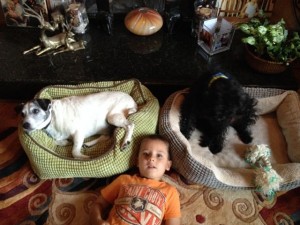 It was a great trip!!! I wish it could last longer. 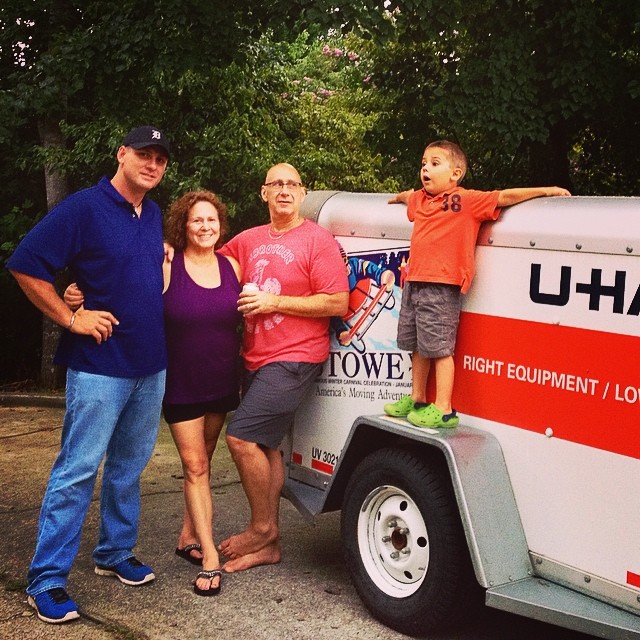 Thanks everyone for hosting us! It was a great trip. 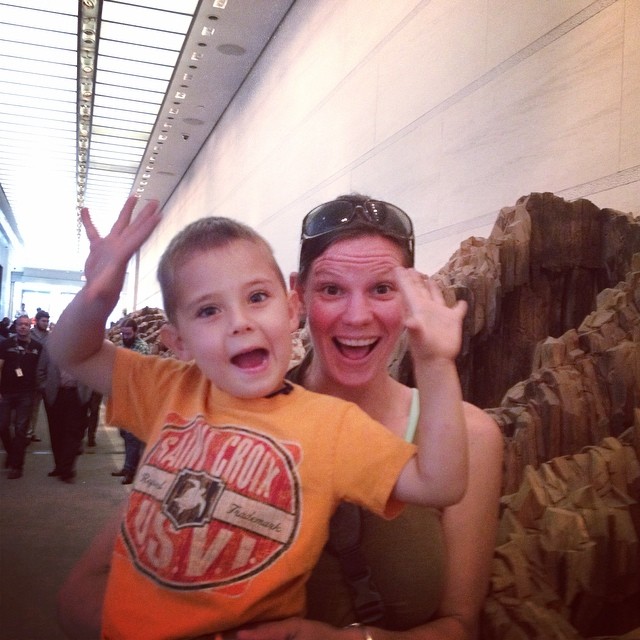