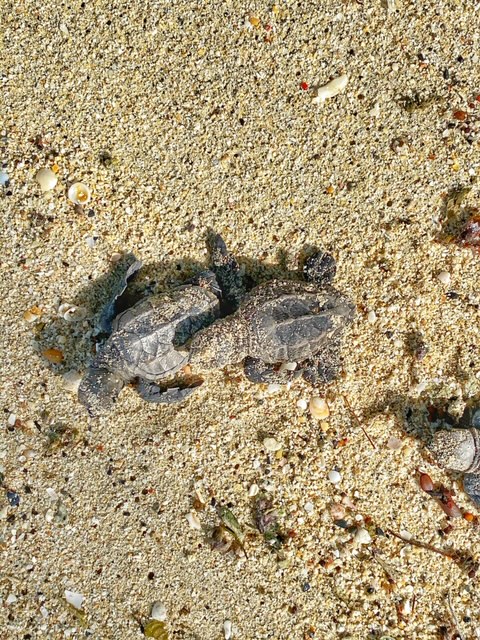 There are certain things that bring positivity and smiles to one’s day – rainbows, dolphins, ice cream, and TURTLES! Let’s focus on the turtles. Turtles are amazing creatures that symbolize strength and longevity and hope. We are fortunate to share our island with Leatherback Turtles, Green Turtles, and Hawksbill Turtles – all who nest on our shores here on St. Croix.

While biking the other morning, we stopped to say hi to a friend on the beach. And while we chatted from a distance, Taj exclaimed that there were dead turtles in the road. We immediately called STAR (Sea Turtle Assistance and Rescue): (340) 690-0474 and a trained and permitted turtle rescue volunteer came to the scene to take a look.

Even though we found dead turtles hatchlings, we knew it was a really important step to call STAR and have a trained and permitted volunteer assess the situation. Any turtle sighting should be recorded to help the turtle team make scientific observations, assess the hatchling site, and rescue any late hatchlings.

So about our turtles, they were Hawksbill hatchlings that seemed to have taken a disoriented route toward the road. While this is not our first turtle rescue, it was our first with hawksbill turtle emergents. It took a trained volunteer, Taj, and me quite some time to find the nest. In fact, we had given up when the volunteer called us back that she had found it. We learned that Hawksbill nests are usually under trees or mangrove and that even in the rain, when you can’t see their tracks, you can look for a depression with ants around it, easily confused as a crab den too. Once the turtle expert uncovered the nest, among the hatched eggs (which were carefully counted), we found three live turtles and released them into the Caribbean Sea! It was truly magical.

We learned that Hawksbills have a higher survival rate than Green Turtles or Leatherback Turtles. That Hawksbills can lay 130-160 eggs and that they incubate for about 60 days.

Handling turtles is not good for the turtles and without a trained turtle rescue person, humans can alter the course of the turtle’s whole existence. If you are up early and out exercising on a waterfront road on St. Croix, be sure to save the STAR number on your phone and report any kind of turtle activity: dead turtles, turtle poachers, turtle tracks, turtle nests. Not only can it be harmful to interfere with the turtles, it is against the law. All sea turtles and their nests are protected under the endangered species act, which means that you can’t touch or interfere with them without a special permit.

And you might just learn something too, we did! 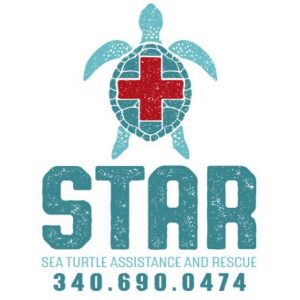 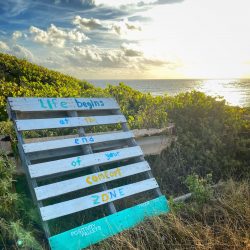 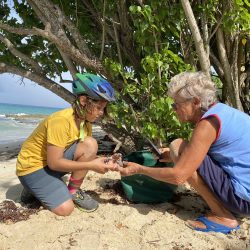 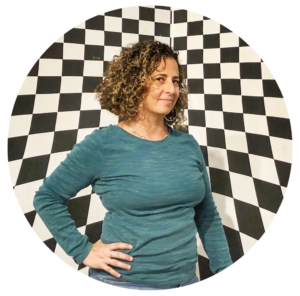 Always focused on collecting guest perspective and working with influencers for her clients, Uncommon Mama serves as a way to showcase a true experience behind the marketing craft that Sara creates and digging in to her personal and sometimes uncommon life. Learn more about Sara Zuckerman.